I am an ordained elder in the Mississippi Conference of the United Methodist Church, serving an appointment beyond the local church as Executive Vice President of American Family Association. 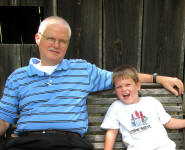 My wife, Carol, and I built this Website to the Glory of God and legacy of our ancestors who loved God and South Union Campmeeting. Carol and I will forever be  grateful to our late grandparents - Arnold & Jennie Lee Bruce and Casey & Grace Smith - for introducing us to the life-giving Spirit of South Union United Methodist Campmeeting. We therefore dedicate the South Union Campmeeting Website to their beloved memory. (The picture at left is of Buddy Smith and his oldest grandson, Casey Joe Fowler, in front of his grandparents tent during Campmeeting 2007)

My late grandfather Casey T. Smith (Paw Paw to me) was saved at South Union when he was 9 years old. The year was 1905. Paw said that this was his decision and that he couldn't eat for a day and half after he accepted Jesus as his Savior. He couldn't describe the feeling but said, "it  troubled his momma (the fact that he wouldn't eat anything) to the point that she threatened to whop me." 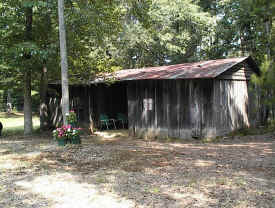 Paw Paw explained that Campmeeting at South Union was a very special event because people didn't travel much in those days and it provided a unique opportunity for fellowship. He recalled that before ice was available that they would go together and kill a beef and what was left over would be salted heavily and put into a hole in the ground behind the tent. He said that they had a chicken coup behind the tent and would get a couple out to cook each morning. Paw Paw explained that they had an underground box behind and would buy a 50 pound block of ice. He recalled that a one-horse wagon would deliver 100 pound blocks of ice from Ackerman to South Union at 15 cents a pound. He remembered the special times when they would make home made ice cream.

The campmeeting movement began during the revivalism of the late 18th century. One of the most famous was the Cane Ridge campmeeting in 1801. According to some estimates there were ten thousand people present. 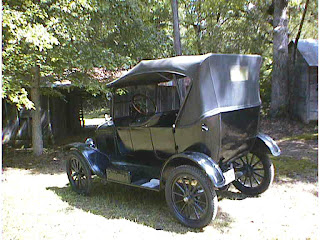 Campmeetings have been an important part of the ministry of the church, across denominational lines, since that time. God only knows the number of souls saved and hearts sanctified during campmeetings. The revivalistic atmosphere, the less-than-Sunday-best attire, the choir that never sounded better, and very expectant hearts all added to the campmeeting experience.

What is a Campmeeting? Campmeeting is a uniquely American institution, and from the earliest days of our nation it has been a vital tool for the propagation of the Gospel of Jesus Christ.

During the first half of the 1800's, the population of the United States grew from five to thirty million, and the boundary of the nation moved ever westward. Revivals became the primary means of Christianizing the growing and expanding population. These revivals at the beginning of the nineteenth century became known as the Second Great Awakening.

The campmeeting movement is first cited at Rehoboth, North Carolina in 1794. The campmeeting revival movement then moved westward to the American frontier. Campmeetings came to characterize revivals. The beginning of these campmeetings can be traced to Cane Ridge, Kentucky. At a meeting in June, 1800, Presbyterian James McGready and two other pastors preached for 3 days; on the fourth day, two traveling Methodist ministers officiated and concluded with an emotional exhortation. Many physically collapsed at what they called conviction of sin. People were convinced they were experiencing a visitation of the Holy Spirit such as the early church had known at Pentecost. By the early part of the 19th Century, Campmeetings had become a fixture of Rural America in the Northeast, Midwest and on the American Frontier.

As the summer harvest was completed and the crops "laid by," families would get together and build "brush arbors," where they would hold Christian meetings, sing and catch up on the latest news with each other's families. This is the tradition from which the modern campmeeting has come.

Far from being a dried relic of the past, Campmeetings still provide the opportunity for many people to hear the message of Salvation and Scriptural Holiness.

The best way to experience campmeeting is to stay on the grounds the whole time. We stayed in a (wooden) tent with our grandparents during our childhood but now enjoy a motor home with some of the more modern conveniences like air conditioning and running water. Our good friends Mark and Carlene Hixon of Southaven RV Supercenter have graciously loaned us a beautiful unit for use over the past several years. There is a special kind of fellowship that takes place around the Arbor and the tents after the worship services and during the activities of the day.

Today many people believe the usefulness of the campmeeting has passed. They consider it an old mode of operation that needs to be put to sleep. I strongly disagree. Instead of allowing the campmeeting to die I believe we should renew our efforts to bring it to new life.

Campmeetings drawing thousands of people are going on almost constantly all over the nation. At these campmeetings people spend thousands of dollars on admission, food, lodging, and the materials offered by the promoters. Oh, they’re not called campmeetings, they’re called conferences. At these "campmeetings" people sit all day long listening to speaker after speaker, several days at a time.

At the church campmeeting you won’t pay a steep admission charge, and no one will ask you to buy hundreds of dollars worth of materials, No, you won’t be staying at the Ritz-Carlton twenty floors above the city streets, but then you won’t have to pay their price. The food won’t be steak or lobster. But your experience at campmeeting can definitely change your life.

I am old enough to remember campmeeting days at South Union when we had to haul the water from the spring and the floors under the Arbor and in the tents were sawdust. I also remember is the sight of altars covered with people seeking God and lives being changed. No, God does not need tents, sawdust, benches, or campgrounds to meet with us. But when we choose to set aside a special time to get away from the normal routine to seek God and to hear from Him, He will meet with us like at no other time. Our faith will be met with God’s faithfulness to minister to us, drawing us ever closer to Him

Thank you for visiting the website of South Union Campmeeting. May God continue to bless and keep you. 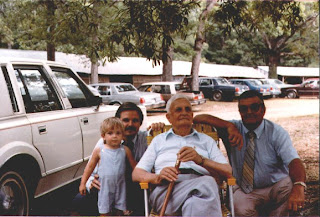 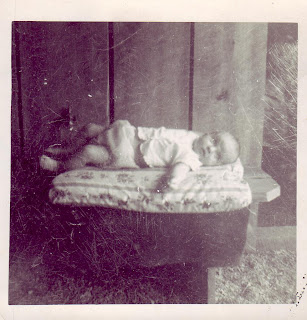 My Great Grandfather - Dutch Smith - who helped to build the present Arbor in 1914. 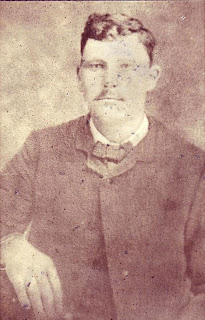 My grandfather Casey Triplett Smith at South Union School in 1913 (back row with X above him). 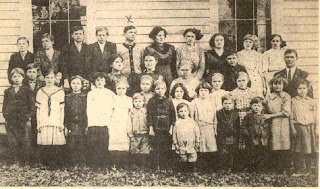 Pictured below in South Union Cemetery is the tombstone of my great grandfather, Dutch Smith. 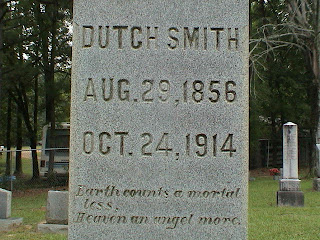 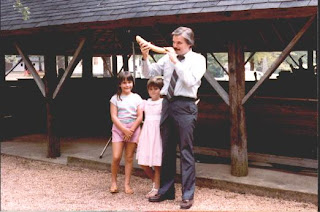 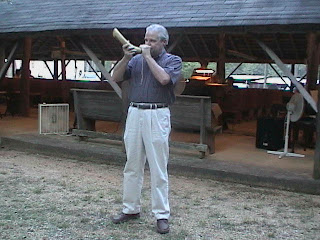 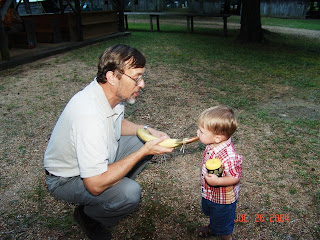 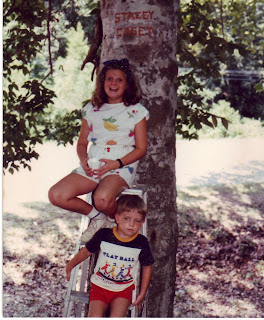 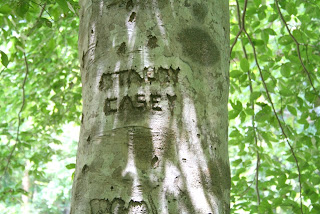 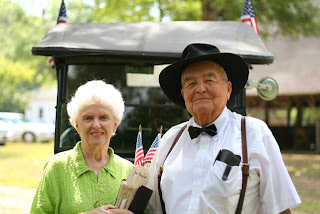 Casey Joe Fowler in front of the old Smith tent in 2006. 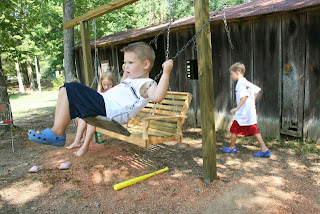 Carol (Erwin) Smith and Weston Fowler under the arbor in 2006. 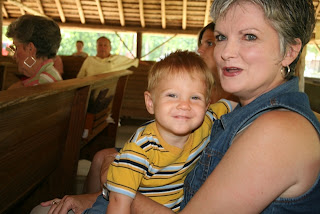 My great-grandmother Beulah Entreken at South Union in 1950 (second from left on front row). Mom Beulah is buried in South Union cemetery. 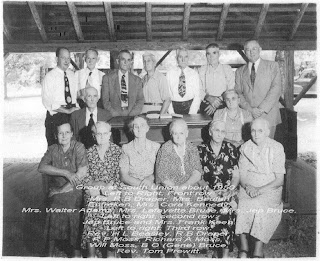 Will you not revive us again, that your people may rejoice in you?